The management of the University of Lagos has postponed the university’s 51st convocation scheduled to commence on March 9.

This was contained in a press statement released on the university’s website on Thursday.

No reason was given for the postponement in the statement signed by the Registrar and Secretary to Council, Oladejo Azeez, Esq.

The university had also in February 2018 postponed its 50th convocation.

The statement read, “The Management of the University of Lagos regrets to inform the general public that the 51st (2019) Convocation Ceremonies earlier scheduled to hold from Monday 9th to Thursday 12th March 2020, has been postponed.

“Any inconvenience occasioned by this postponement is highly regretted.”

Our correspondent, however, gathered that the Federal Ministry of Education ordered the university management to postpone its convocation.

A leaked memo showed that the Ministry of Education asked the National Universities Commission to instruct UNILAG to postpone the convocation over an allegation that the university’s Governing Council did not approve the programme.

The memo addressed to the Executive Secretary of the NUC, read, “The attention of the honourable minister has been drawn to the attached copy of a letter dated 2nd of March 2020 from the Pro-Chancellor and Chairman of Council, Dr. B.O. Babalakin to the effect that the 2019 convocation ceremonies were not approved by the Governing Council in line with the laws of the University.

“I am to, therefore, request that you kindly advise the Vice-Chancellor to suspend the convocation and ensure full compliance with due process.”

Meanwhile, the Vice-Chancellor of the university, Prof. Oluwatoyin Ogundipe, had during a pre-convocation news conference on Monday in Lagos said no fewer than 100 first-class graduates of the university would be offered employment.

The vice-chancellor announced that the university had secured N250 million funding from the Bank of Industry to support entrepreneurship drive in the institution.

According to him, the university has also attracted about N7 billion for research from local and international agencies.

Giving a breakdown of the graduating students, the VC stated that a total of 13,489 of them would receive degrees, diplomas, and certificates at the convocation ceremonies.

He said that 281 of the students bagged first-class degrees while 13,489 others would receive degrees, diplomas, and certificates in various fields.

Ogundipe said Dr Stella Adedevo, who lost her life on August 19, 2014, while preventing the spread of Ebola virus in the country and a former Vice-Chancellor of the university, Prof. Oye Ibidapo-Obe, were among prominent Nigerians that would be honoured at the convocation event. 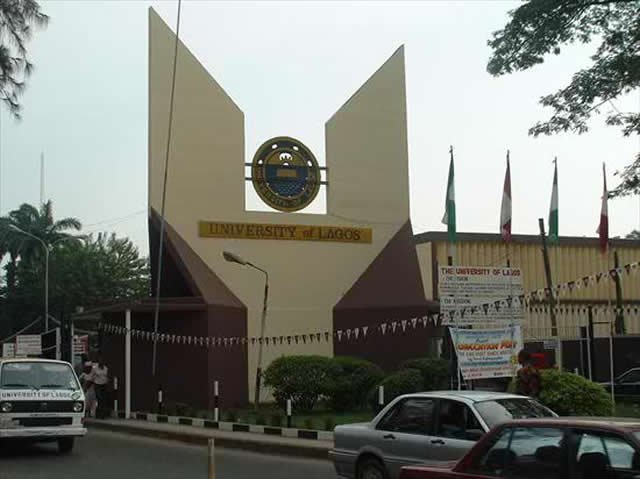 He said the convocation lecture would be delivered by the Minister of Communications and Digital Economy, Dr Isa Pantami on ‘The Role of Disruptive Technologies in Sustainable Economic Transformation’.

During the press conference, the university’s anthem was also unveiled.