Over the past 12 months alone, the world’s universities have developed solutions ranging from life-preserving breathing aids for coronavirus patients, to unleashing the potential of clean fuel-cell energy technology.

The top 10 universities for global impact 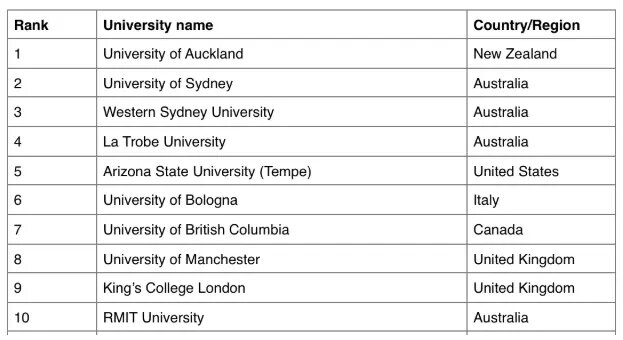 The University of Auckland, New Zealand, tops the rankings for the second consecutive year, ahead of three universities in Australia. Universities from developed economies dominate the top 20, punctuated by two newcomers: China’s Tongji University, in 13th place, just ahead of Brazil’s University of São Paulo.

Universal goals
The SDGs are the UN’s road map for building a better world – both for people and the planet – by 2030.

Adopted by all UN member states in 2015, the goals are a call to action for all nations to work together to end poverty and hunger, while meeting a range of social needs, including universal access to education, healthcare and clean water. 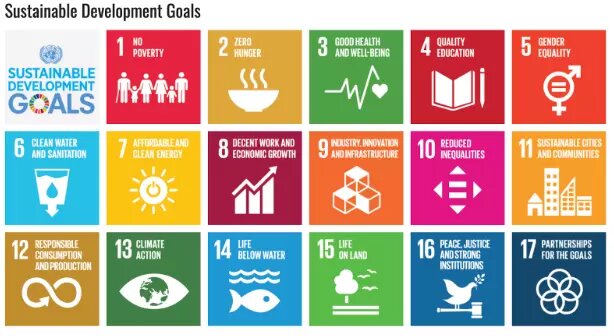 In committing to the goals, both developed and developing countries recognize that strategies boosting economic growth and prosperity must go hand-in-hand with developing a more equal society that protects the environment.

Times Higher Education has created a visualization mapping all of the institutions in its overall ranking. In addition to showing each university’s ranking, the map benchmarks their performance against the SDGs, highlighting the ones with which each institution is most closely aligned.

“We believe that universities are our greatest hope of solving some of the world’s biggest challenges,” says Phil Baty, Chief Knowledge Officer at Times Higher Education.

“These rankings prove that traditional barriers to success like wealth or research prestige don’t matter when it comes to doing great things for sustainability. It’s clear that universities give us a lot to be hopeful for.”