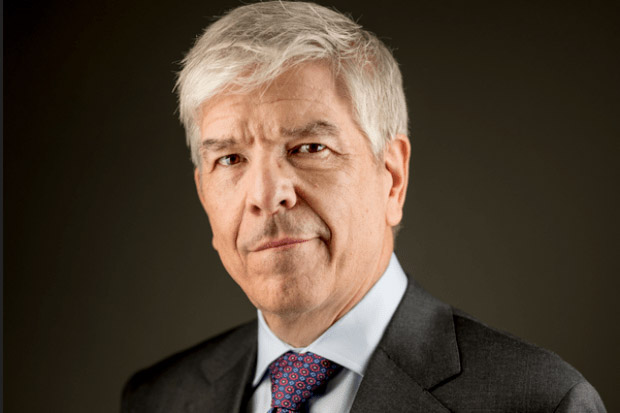 Universities should be encouraged to collaborate on coronavirus research by offering a £1 billion prize to whoever can create and deliver a test for 10 million people a day, a Nobel Prize laureate has argued.

Paul Romer, who shared the 2018 prize in economics with William Nordhaus, told Times Higher Education that the lack of testing in the US and many other countries was, in part, because there were not enough financial incentives to produce tests or invest in more effective testing methods.

A £1 billion ($1.25 billion) prize, however, would push universities to look again at how they could address this market failure, believed Professor Romer, a former chief economist at the World Bank known for his work on how market conditions lead to new ideas and innovations.

“We faced a similar scenario during World War II when scientists, who had created a chain reaction in a university laboratory, were asked to build a nuclear bomb,” explained Professor Romer, referencing the Manhattan Project.

“Now we need to take work being done in university labs and scale it up into a production system that can produce millions of tests a day,” he said.

That would most likely involve collaboration with industry, but universities would be key to developing new tests that would allow mass testing for coronavirus, believed Professor Romer, who is based at New York University. “I think we’ll need a very different type of testing, but if you look at who was able to do saliva testing, rather than swab testing, it was universities,” he said.

“They have the skill to innovate, such as creating new reagents when supplies of a certain kind run out, which avoids some of the bottlenecks we’ve seen with industry,” he added.

Offering a £1 billion prize to the university or research group that created a mass test would be far more effective than trying to coordinate research internationally, Professor Romer believed. That strategy has been used with coronavirus vaccine research led by the Norway-based Coalition for Epidemic Preparedness Innovations, which has funded nine different projects in the US, UK, France and Australia among others.

“I’ve witnessed many attempts to address problems that start from a vague sense of: ‘What are we trying to achieve?’, but it is much more productive to motivate people financially to tackle a problem,” said Professor Romer, who believed the prize would lead to the involvement of pharmaceutical firms, logistics experts and other private sector players needed to deliver mass testing.

“When Netflix offered a $1 million prize to solve a certain computing problem, it led to all sorts of different people and groups working together, rather than going head-to-head,” said Professor Romer on the 2006 challenge that is widely credited with transforming the economic fortunes of the US streaming giant.

Professor Romer is currently working with the Rockefeller Foundation on a plan to reopen the US economy, which recommends screening 30 million people a week (the current level is 1 million a week) involving 300,000 testers and contact tracers at a cost of $100 billion.

That cost – as well as the $1 billion prize – is, however, insignificant given the unprecedented financial damage caused by the ongoing pandemic, said Professor Romer.

“The US government is spending trillions of dollars on this crisis − $1 billion or £1 billion is a pretty small amount in this context,” he said.

By Jack Grove for https://www.timeshighereducation.com/news/nobelist-calls-ps1-billion-covid-19-research-prize?