Speaking with SaharaReporters, Ibidapo-Obe said the reduction in cut-off marks would directly reduce the quality of education and graduates tertiary institutions would produce.

Prof Oyewusi Ibidapo-Obe, a former Vice Chancellor of the University of Lagos, has condemned the reduction of the cut-off marks for admissions into universities in Nigeria by the Joint Admissions and Matriculation Board.

The Registrar of the board, Prof Ishaq Oloyede, had set 160 as the cut-off mark for admission into Nigerian universities for the 2020/2021 academic session, 120 for polytechnics while the minimum benchmark for colleges of education and other innovative institutions was 100.

Speaking with SaharaReporters, Ibidapo-Obe said the reduction in cut-off marks would directly reduce the quality of education and graduates tertiary institutions would produce.

He stated that if the minimum was pegged at 250 or 200, it would greatly improve the quality of education in the country.

Prof Oyewusi Ibidapo-Obe
He said, "For me as a person, I would not take anything less than 200, because 200 seems to be a reasonable cut-off point.

"You would see that most of the well-established universities don’t take anything less than 200. I think they should aspire to do more and again, when you look at it from another point of view, you have a sufficient space for all the participants to be able to take what they want. If a qualifying exam does not have some level of a minimum standard, then it is not worth it.

"In other words, all that the law requires is to take that exam and to ensure that we keep some standard within the system. The private universities are not too happy about it.”

The ex-UNILAG VC advised the education body in the country to encourage Nigerian students to try out other tertiary institutions if they fail to make the right cut-off mark to gain admission to the universities.

"If we want to raise our standard, we should say 200. If candidates don't make 200 in the UTME, they should go to other tertiary education providers. The fact that you go to polytechnic or School of Nursing does not mean you will not get a university degree.

"It is not a death sentence (if you don’t meet the cut-off mark). The way we do it here, the reasoning is that if you don't go to the university, that is the end of your life, that should not be the approach.

"If you don't go to the university now, don't worry, you can go to other tertiary institutions and still join the university later when you have improved your skills and your scholarly technique is much better," he said. 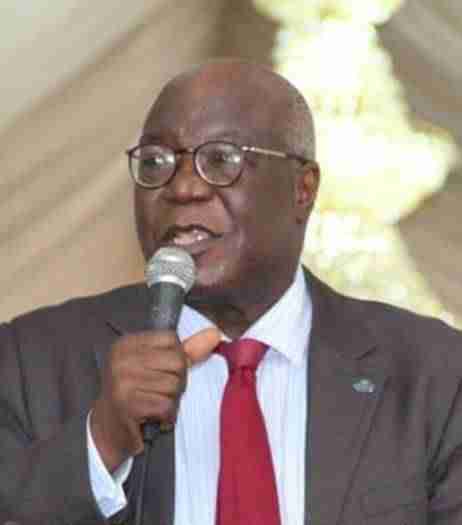 Prof Ibidapo-Obe added, "When you look at the Nigeria population and you look at the number that wants to go to university, it is not high. Sometimes, the total number of people that take the exam are less than 1.5m compared with our population.

"We need to increase our capacity to take more students but what is fundamental is not capacity for quantity; it is the quality and that quality will have to start from somewhere.