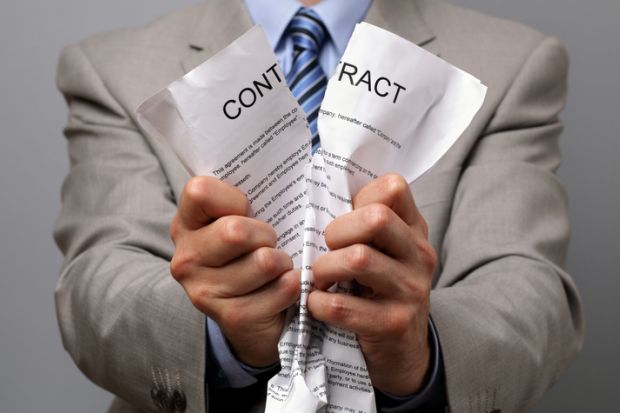 Thinktank says lecturers on short-term contracts could lead to worse outcomes for students, as report concludes there are no easy ways to cut university costs

One of the world’s most influential policy thinktanks has warned universities against shifting academics on to short-term or zero-hour contracts, in a report that argues universities are all but out of money-saving options as they struggle to cope with pandemic-induced hits to private and public income.

In advice aimed at governments mulling how to fund higher education in the aftermath of the coronavirus crisis, the Organisation for Economic Cooperation and Development (OECD) also cautioned that online teaching was just as expensive as in-person instruction.

“There are no easy ways” to save money, said Simon Roy, lead analyst in the organisation’s higher education policy team, and one of the authors of Resourcing Higher Education: Challenges, Choices and Consequences.

“That’s not to say it’s impossible,” he said. But potential solutions like moving online, cutting back on support staff, accepting more students per academic or hiring more temporary faculty all have “quite significant and convincing downsides”, he continued.

Despite a trend towards the “casualisation” of the academic workforce, studies stretching back to 2004 suggest that temporarily employed lecturers lead to a drop in student retention, the report says.

“On balance, research suggests that the increased use of temporary part-time academics has some negative consequences for the quality of teaching and learning,” it cautions.

The evidence was not as clear as it could be, said Mr Roy. But “there’s a fairly strong consensus” that it was better to have lecturers “who are committed to the institution”, he said.

“That’s not to say temporary contracts are always wrong. But it’s an issue that has developed in virtually all higher education systems,” he added.

Despite hopes in some quarters that the sudden shift online will allow mass-scale, cheap online teaching, the OECD cautions that “systematic evidence on the cost effects of digitalising course development, delivery, assessment and credentialing is limited – and, for many, disappointing.”

The report cites evidence from a study last year at the University of North Carolina, where it was found that developing digital courses was actually slightly more expensive than creating on-campus ones.

Online courses failed to scale up, because lecturers needed smaller class sizes than on campus to keep students engaged.

There is “a lot of scepticism” among policymakers anyway than the pandemic will push universities into cheaper, online teaching, Mr Roy said.

More broadly, the report finds that in the past two decades, higher education has been getting ever more expensive to deliver, and that “productivity gains have proved hard to achieve”.

Across 13 OECD countries, real expenditure per student has doubled between 1995 and 2015, even as student numbers have grown by 81 per cent, it found.

The report gives several explanations. Universities have been asked to take on more responsibilities, such as working with companies, engaging with their communities, and doing ever more research.

There are now more students who require extra and different types of support. Meanwhile, “increased numbers of executives and professional managers” have also swollen costs.

And in countries with higher fees, universities have splurged on “improvements to physical infrastructure and amenities” to attract students, the report says.